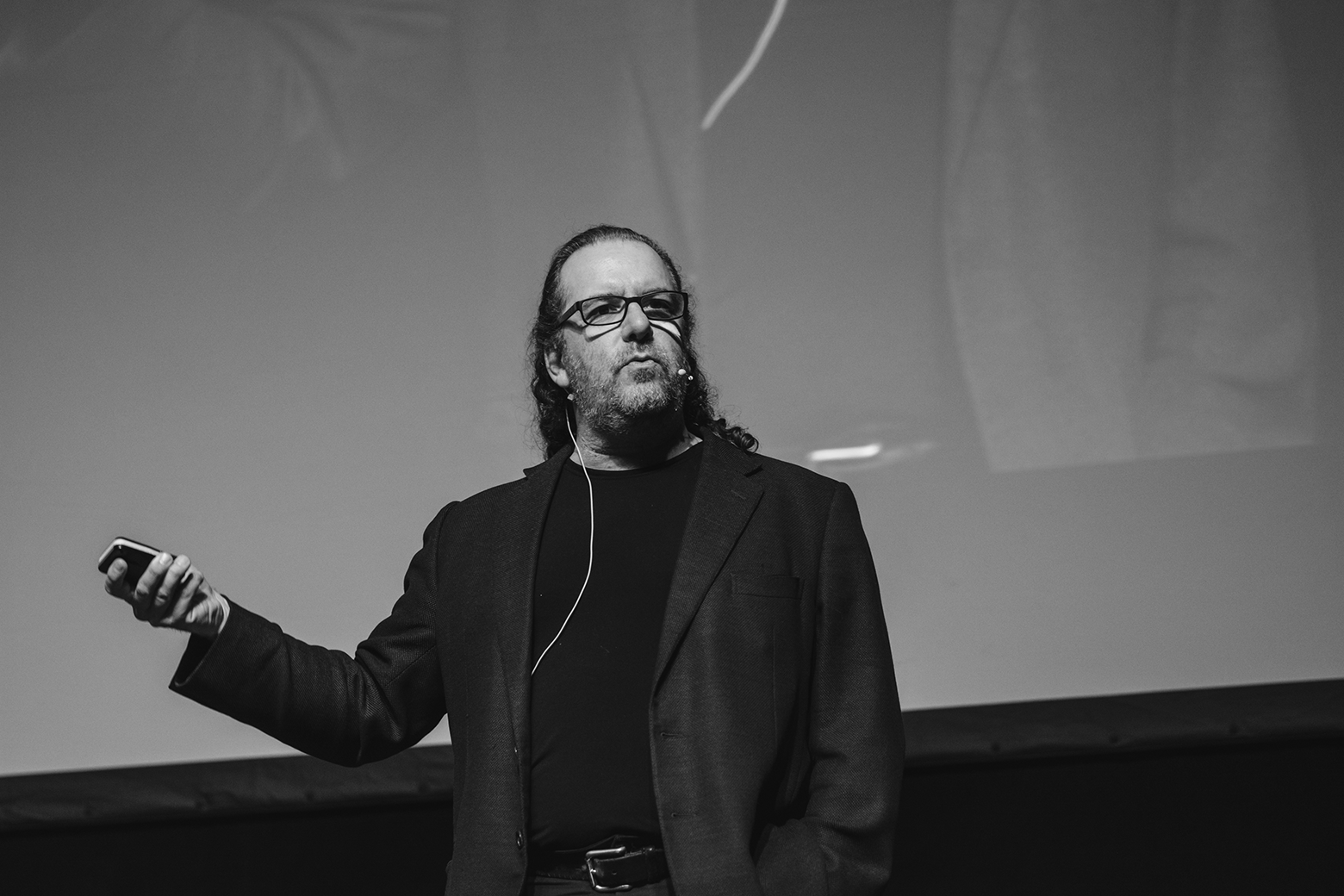 Adrian Kaehler: “Once you could only spy on someone, now we can spy on everyone.”

Adrian Kaehler has been an avid scientist from a really young age, enrolling in university at the age of 14. His main focus combines computer science and physics – artificial intelligence, describing himself as a “primarily a technical person”. While his startup Giant.ai website has a message “something big is coming”, he advised that the future of artificial intelligence shouldn't be viewed as a magic genie in a bottle that will solve any problem.

AI as an idea has been around for decades. The 80s computer science brought new algorithms and thus a hype that quickly dissolved in the 90s. And now, again, people are fascinated by the yet unknown possibilities, so Kaehler clarified the current developments. What, actually, can we do?

He brought out four main scalable capabilities computers can do: hear, understand, recognize and track you. Speech to text and image recognition has become an everyday feature, from Google Assistant to verifying ourselves at airports and issuing parking tickets without human interference. Things that were not available 10 years ago are now a reality. “It's possible to track every single person: where they go, what they say and own. But we don't have enough reason to do so”, comforts Kaehler.

While many algorithms are scalable, Kaehler still emphasized an unobtainable area. “We're nowhere near to things we tend to label as consciousness”, said Kaehler. In practical terms, everyday problem-solving can be done by machines. But major thinking and the unconscious part – those are so far away that we wouldn't even know.
Articles you might also like:
See schedule