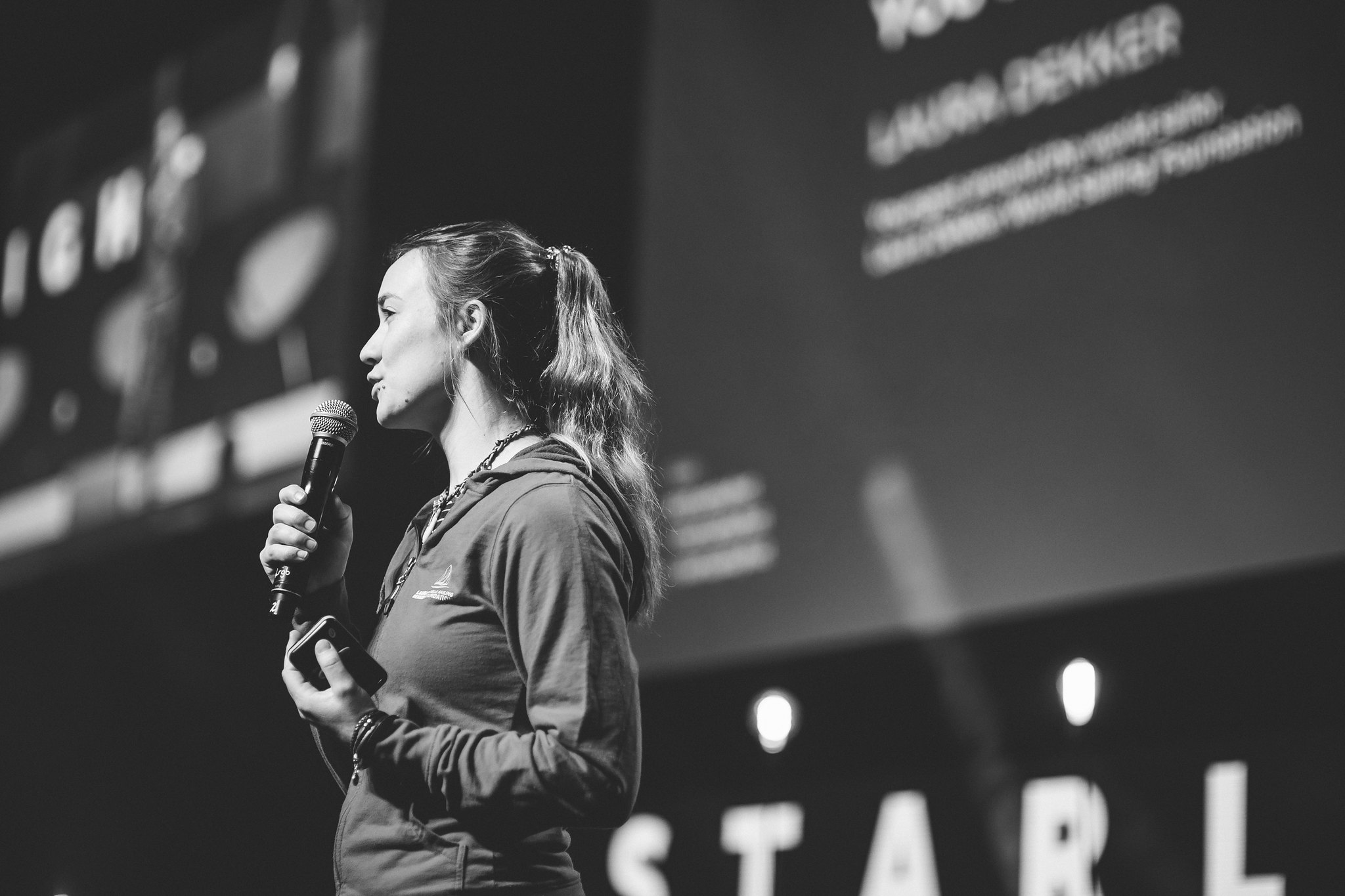 Laura Dekker: “I feel more lonely in a big city than in the ocean”

Laura Dekker is the founder of the World Sailing Foundation. Her journey was initiated by the love of sailing. Dekker shared how she became the youngest person to sail alone around the world.

27 000 miles, 3 oceans and 366 days. These are the numbers that Dekker faced when she ended her worldwide sailing trip.

“I grew up sailing - my parents had a sailing hobby, and that is how my interest started. My dad started building a boat, that was 22 meters long. When my parents divorced, I decided to stay with my father because I wanted to see my dad finish this boat.”

The dad's project inspired Dekker to start working on her little boat. “When I got older, my boats got bigger. I started to compete in sailing competitions. The feeling that I got from sailing, stayed the same, although the waters got bigger.”

Dekker started to travel with her dog on the weekends. When she turned 11, she got the idea to go on a vacation alone with her boat. At first, her parents did not agree, but with time, they accepted the idea. “My father's only requirement was that I would bring my dog with me so I would not be alone.”

At 12 she sailed 7 weeks around the Netherlands, and a year later she decided to take a trip with her boat to England. This trip inspired her to sail around the world. The idea exploded in national media and Dekker became an international phenomenon. Although she inspired many youngsters internationally, her parents were sued because people thought that they were uncaring against Dekker.

“It all became an awful dream. Media labeled me with words like spoiled, arrogant and unstable. It was so insane. I have sailed all my life, yet I had to deal with the media. I felt a strong urge to do it and so I had to keep fighting. It took a year and 8 court hearings. The battle was so hard – it was worse than any storm at the sea.”

“In august 2010, I was allowed to go on my trip. Storms can be quite scary, but it was a big learning process,” explains Dekker. She says that she wanted to do it because she wanted to travel, to see the world and different countries.

“Many people asked me if I felt lonely. I feel more lonely in a big city than in the ocean, where there is just you and the sea. It is very powerful. During the trip, I realized that the world is not about materialistic things. Now I am much more grateful for my bed, fridge, and shower.”

Dekker says that the most important thing is to fulfill your dreams. “If you have a dream, reach for it. Yes, it is going to be hard, some stuff does not work out, and some people do not believe in you, but in the end, it is worth it.”

---
Laura is one of the speakers of sTARTUp Day 2020.
This article was written by Helena Vaht.