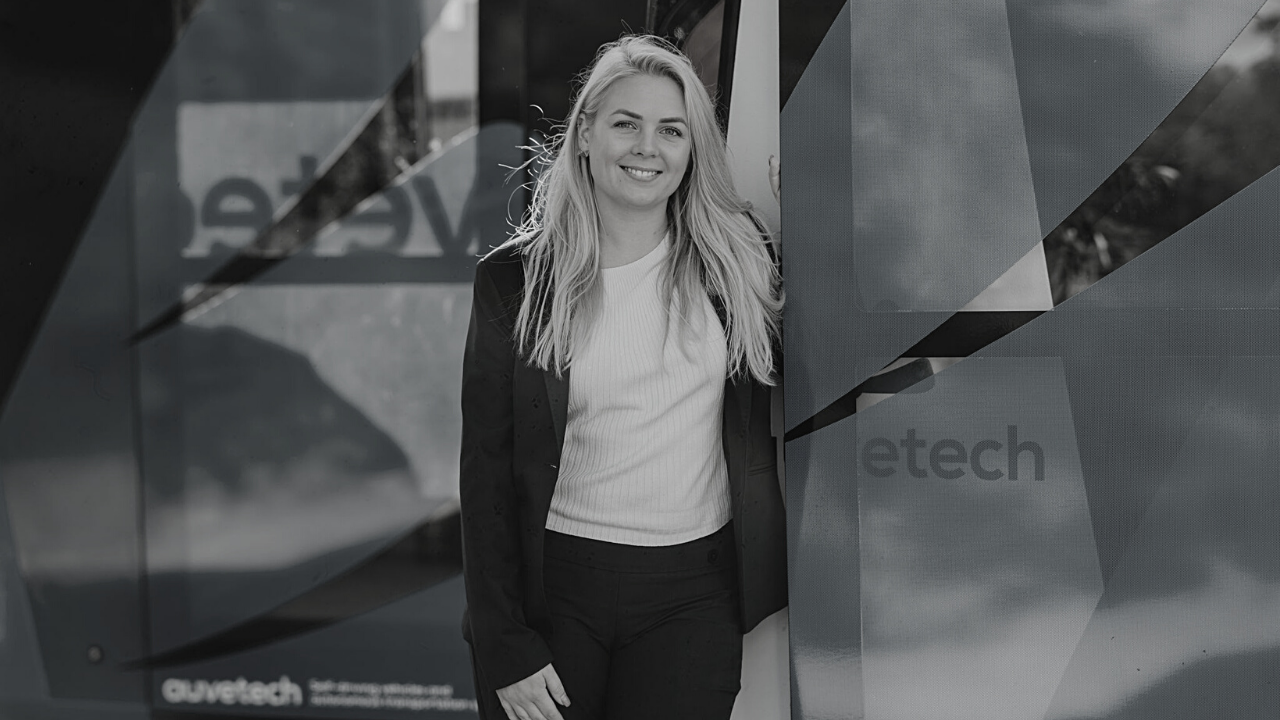 Mari-Ly Klaats is the COO of Auve Tech, an Estonian company specialized in the development and deployment of driverless vehicles and autonomous systems. In 2021, Auve Tech launched the world’s first autonomous hydrogen vehicle, created in cooperation with the University of Tartu researchers.

Mari-Ly is also one of the speakers  at sTARTUp Day 2022. In an interview for sTARTUp Day blog,  Mari-Ly talks about Auve Tech’s work, how autonomous public transportation will change the future of commuting and what governments could do to support the development of urban transportation, among other topics.

This interview was written by Rene Rumberg, member of the sTARTUp Day Marketing & PR team.

How would you explain to a 5-year-old kid in simplified terms what Auve Tech does?

The main difference between battery electric vehicles and vehicles that run on hydrogen is charging. A hydrogen vehicle doesn’t derive necessary electricity from plugging in but it’s produced inside the vehicle, from hydrogen. As a result, the car can operate for 24 hours.

As to an electric car with a battery, you can drive it for eight to nine hours, and then you have to charge it for a few hours. That sets limits on operation and time.

In your opinion, will we ever see the future where urban spaces are entirely car-free, and all the commuting is done by autonomous public transportation, electric scooters, and other micro-mobility vehicles?

It’s a question asked all over the world: how to reduce personal vehicle usage and make the city environment greener and more sustainable?

For example, here in Tallinn, we have Ülemiste City business district. They have set a straightforward goal of getting rid of big buses that run through the center, reducing the number of parking spaces, and offering more alternative transportation solutions - either autonomous vehicles, micro-mobility, or scooters. I think the specter is really wide. They have a good vision of what they’re trying to achieve – to get all the people who either work here or visit the place, to use public transportation or micro-mobility vehicles.

So this is just one small example of the visions that we already know of. Looking at the plans published by European cities running for the Green Capital 2030 title, you can already see that the bigger capitals are trying to reduce personal vehicle usage and replace it with cleaner and more innovative transport solutions.

But why are personal vehicles still so much more popular than public ones?

People are still using personal vehicles because public transit at the moment is not efficient and systematic enough – they have to spend even more time riding the bus than sitting in a traffic jam with their personal vehicle. So if transportation could be more efficient and serve the people as it needs to, we believe it would make a massive difference in the way the cities look today.

How will autonomous public transportation change the future of commuting?

We currently have big buses running in our suburban areas. Most of the time, you see that those buses are empty, and they don’t need to run there. The bus line departs from the main road, but people still have to carry their bags in rainy weather from the bus stop to their doorway.

So if we could connect the main transportation system with alternative solutions, like last mile or zero mile vehicles, people would actually use it, and wouldn’t have to spend time walking the last mile with their heavy bags.

Also, there is one excellent example from Estonia. In Estonia, we have rather few railway stations. Still, many cities see trains as the primary mode of transportation to connect with other cities, but they lack the extra mile service – how people get from the train station to home, etc. So connecting homes, offices, stores, and other places with the transportation system could make a big difference.

And connecting homes and offices is just one thing. This could also work with zoos, resorts, or airports where the distances are pretty long. For example, when people park their vehicles far away from the airport terminal and need to walk there.

Recently, Auve Tech’s shuttles became the first autonomous transportation deployed on the roads of Greece. But as we know, the road to street-legal status might be full of bureaucratic hurdles. When do you expect we can see your technology being fully accepted and adopted by all legislators across the globe?

European law is currently in the making. The legislators are trying to develop a protocol that identifies the requirements for autonomous vehicles because at the moment everyone is taking their requirements from thin air or is just trying to follow the main safety guidelines for the roads.

But it’s still a long way to go since technology develops so much faster than the legal side of things.

Technology is always going to be two or three steps ahead of law because it takes years to make a law, but at the same time, technology has already taken a giant leap forward. I hope we’ll see some changes regarding the guidelines and requirements in the coming years, but they will most likely not be finished until 5-10 years. But we already see that countries and cities are trying to move forward with those smart solutions.

What could governments and local authorities do to support the development and adoption of better urban transportation, including autonomous vehicles?

Getting any support is helpful. We’ve had excellent cooperation with the Estonian Road Authority, with whom we created tests and guidelines together so that we could try our solution out on the streets. We took these requirements to Greece as well. Their authorities followed the same routine we implemented over here in Estonia, and by following those same tests and regulations, we were able to drive on the streets of Greece.

The next thing, of course, is thinking ahead. All cities face city planning challenges because urban space is always under development and construction to improve the experience. What if we could take autonomous vehicles and micro-mobility solutions and see a little more into the future, so cities and roads would be ready for different mobility solutions?

In your vision, how could driverless shuttles improve public transportation reachability?

If we’re talking about the shuttles provided by Auve Tech, we will probably never be the ones who serve the personal transportation if you want to get one family out of the woods. Our focus is more on the last mile transportation in suburban areas and the city center, around schools, etc.

We currently have an excellent example in Helsinki, where we operate in Vuosaari, which is a peninsula. They removed the extensive public transportation from the peninsula and now run it only down the main road to make the trip faster and shorter. Our vehicles are currently serving the rest of the peninsula, which makes the transportation system more efficient.

And it can be run as an on-demand solution as well, which means you don’t have specific bus stops, but can get from point A to point B, where you actually need it.

If you're talking about connecting people who live in the woods or small villages, then, in my opinion, there are better solutions out there for those kinds of use cases.

Talking about use cases, could you give some more examples of the best use cases for self-driving shuttles?

As I mentioned previously, there are many airports, suburban areas, zoos, and resorts. A resort is an excellent example because over there you have one buggy driver, who sits the whole day and waits for someone to come and actually want to ride from point A to point B. Instead, they could have it as an on-demand solution.

Currently, we have one exciting project going on in Poland, which is actually in a cemetery. When we talk about the project, people usually wonder why a cemetery but no one thinks it’s most often used by the elderly, who come with their flowers and bags and then walk from the gate to their destination point. Since it’s a massive cemetery, we’re traveling to the main road and taking people from the entry gates closer to their destination. It's a very niche service, but it serves an excellent purpose and benefits the elderly who don’t have to walk long distances anymore. 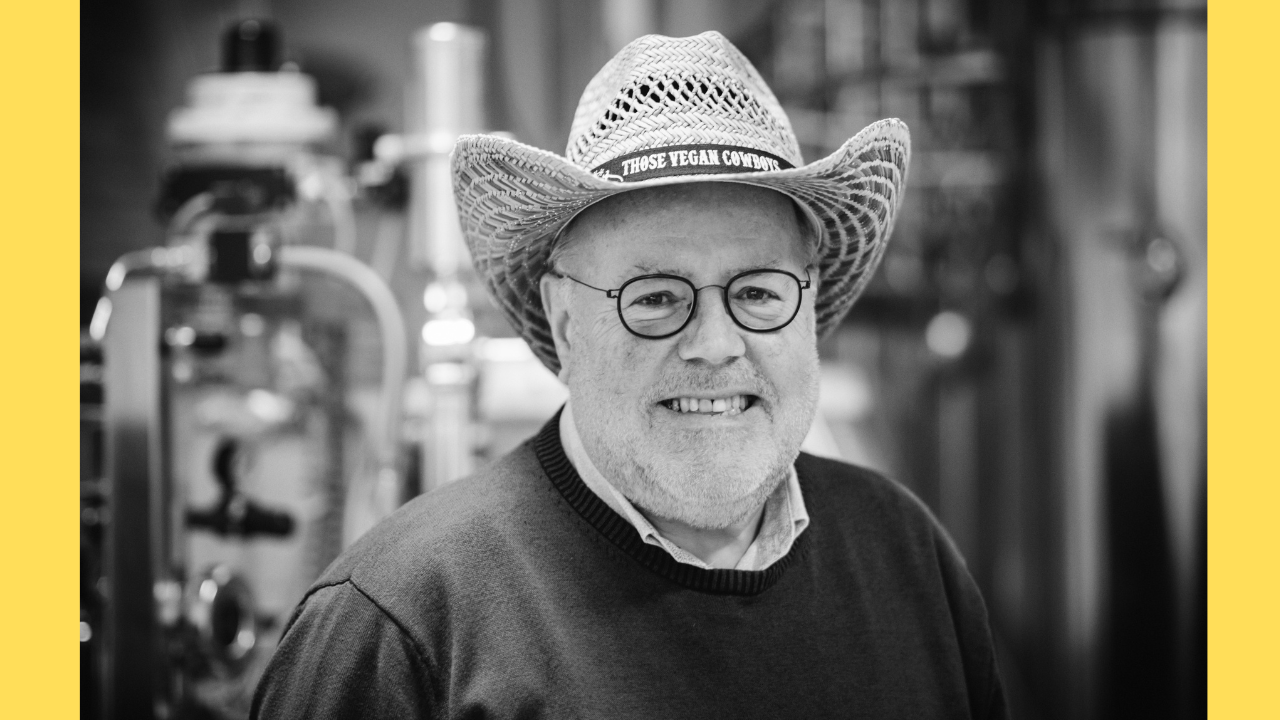 Those Vegan Cowboys is a Belgian company on a mission to make the best cheese without the use of animals...
Read more
See schedule